On January 14, 2016 r. in Puławy there was a ceremony of renewing the Technical Reliability References by the Chamber of Construction Designing. Marek Garlinski, Vice President of the Chamber presented the award to Marek Zatorski, President & CEO of PROZAP Sp. z o.o.

The formal handover of Technical Reliability References was held in Puławy, in Grupa Azoty Zakłady Azotowe “Pulawy” SA, where PROZAP has its head office. The event was attended by representatives of the Management Board of Grup Azoty Zaklady Azotowe “Pulawy” SA, members of the chapter of Technical Credibility References composed of Vice President Marek Garliński, vice president Tadeusz Suwara, directors Aleksander Krupa and Kazimierz Staśkiewicz, PROZAP members of the Board and its directors and executives.

“Membership in the Chamber of Construction Designing, which we have been boasting of for 25 years, is for us a reason to be proud, because we are thus part of a group of reputable and qualified design companies, whose competence is verified and confirmed by an independent body,” said Marek Zatorski , Chairman of the Board PROZAP Sp. z o.o. “Technical Reliability References which we receive continuously since 1995 are not only welcome, but even required by many of our customers, and by some, e.g. from the Middle East, are genuinely respected”.

After the presentation, guests were able to see these plants already built and operating in the Groupa Azoty Zaklady Azotowe “Pulawy” S.A. They also had the opportunity to admire the panorama of Pulawy chemical complex and its surroundings from the top of urea prilling tower (h=132 m) 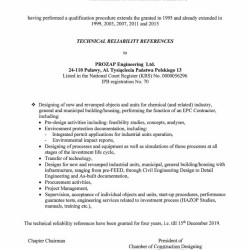 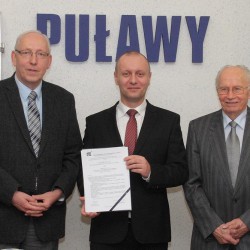 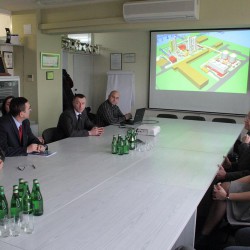 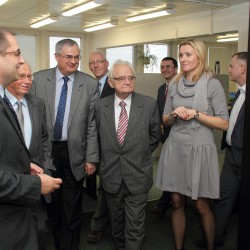 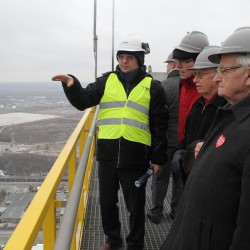 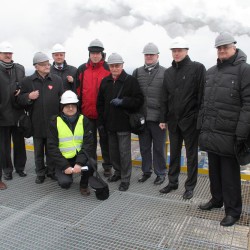 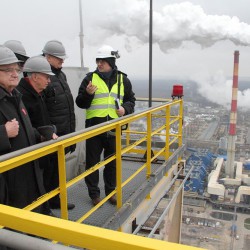