From 19 to 22 September 2011 in Doha, Qatar, a convention hosted by Gulf Petrochemicals & Chemicals Association (GPCA) was held. This year’s edition was devoted to growth on volatile markets.
The convention was attended by 250 persons representing 80 companies from all over the world, including FERTIL, QAFCO, QAPCO, SABIC, GPIC, Borealis Agrolinz Melamine GmbH, China Nitrogen Fertilizer Association, Haldor Topsoe, Stamicarbon b.v., UHDE GmbH and Yara International ASA. Polish fertilizer industry was represented by PROZAP Engineering Ltd, which had a stand in the exhibition area. Also representatives of Zakłady Azotowe „Puławy” SA took part.

The goal of the conference was sharing information on the current fertilizer market situation, emerging opportunities and ways of coping with various challenges, especially on volatile markets.

On the first day of the convention, the participants went for a site visit to QAFCO 5 i 6, a new plant to be commissioned next year, which will boost QAFCO’s overall capacity to 3.57 million tonnes of ammonia and 5.7 million tonnes of urea per annum.

The second day of the conferences was packed with presentations of attending companies and organization as well as local authorities, with His Excellence Dr Mohammedem Saleh Al Sada, the Minister of Energy and Industry of the State of Qatar leading the way. Also the technical forum enjoyed much interest from the participants as the topics of construction and operation of urea mega plants, providing feedstock in emergency situations, etc. were discussed.

The third day was very interesting mainly due to the presentations regarding long-term perspectives of the development of the fertilizer market in various parts of the world. Despite the fact, that GPCA comprises mainly Middle East companies, the data about production and market potential in Africa, India and Brazil as well as Russia and China raised much interest. Apart from the prospecting profits, challenges and risks were discussed.

„The countries of the Middle East present a strategic region for us. We are just working on a second large order from this part of the world and thanks to participation in the conference we were able to meet other potential customers. Our systems related to environment protection, including reduction of emissions of urea dust and ammonia from prilling towers and granulators enjoy much interest from the major fertilizer producers from the Gulf region. Taking part in the events as the GPCA Convention in Qatar is a unique opportunity to gather valuable information of the market on which we are present and we want to participate as an important partner” – says Maria Skorupka, PROZAP’s President & CEO. 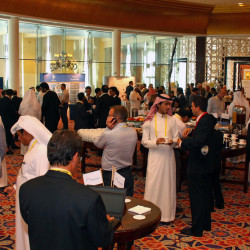 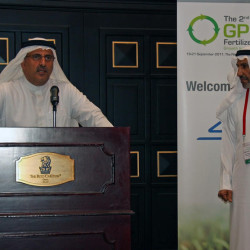 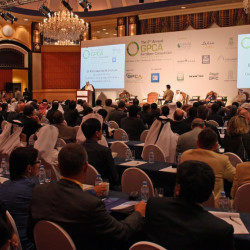 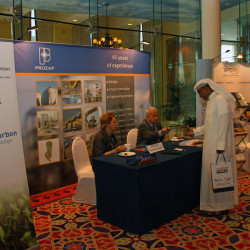 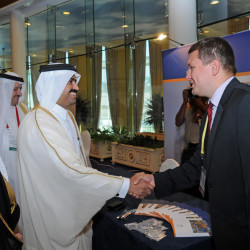 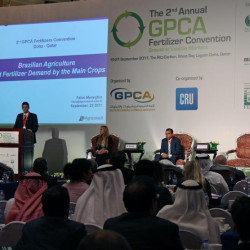