On June 15, 2018, at the Hotel and Restaurant “Trzy Korony” in Puławy, there took place the celebrations of the 30th anniversary of PROZAP Sp. z oo – a design and engineering company from Puławy.

The meeting was attended by invited guests: members of management board of Grupa Azoty and Grupa Azoty PUŁAWY, supervisory board of the company, representatives of sister companies and business partners as well as current and retired employees.

In the official part, the President and CEO of PROZAP Sp. z o. o. Agnieszka Rolecka took the floor. She presented a brief historical outline of the company and drew attention to the undisputed contribution of PROZAP to the development of the chemical industry in Poland and abroad, confirmed by numerous reference projects.

The deputy president of Grupa Azoty, Paweł Łapiński pointed to a very long reference list of PROZAP projects carried out with passion and successfully completed. On behalf of the Management Board of the Group, Vice President Łapiński wished a continuous series of successes and many interesting projects. He also passed a congratulatory letter from the president of Grupa Azoty’s management board, Wojciech Wardacki.

PROZAP also received an occasional letter from the management of Grupa Azoty PUŁAWY. The president at that time, Jacek Janiszek, drew attention in his speech to the fact that the visionary decision made 30 years ago to set up a design and engineering company was right. He characterized PROZAP as a company with an indisputable reputation and a brand known in the world. Those attending greeted with applause what the president said that it would be difficult to imagine any serious investment project within the group over the last dozen years without the support and participation of PROZAP engineers.

An important voice was the speech of the director of Instytut Nowych Syntez Chemicznych in Puławy, prof. Janusz Igras PhD, who spoke about the importance of many years of cooperation between his scientific institution and the Puławy’s design company.

After the speeches, the occasional medal of the Rynek Inwestycji Magazine was awarded and its title read “for many years of contribution to the development of the chemical industry in Poland and abroad.”

After the official part, there the concert of Olga Bończyk and Janusz Szrom with a band of jazz musicians began. The list of songs performed by the artists included hits of Polish pop music from the repertoire of Czesław Niemen, Bogusław Mec, Andrzej Zaucha, Hanka Ordonówna in original arrangements and daring performance.

Dance, sharing memories and friendly conversations lasted until the morning. 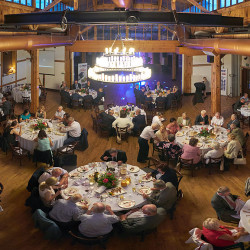 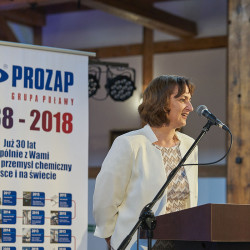 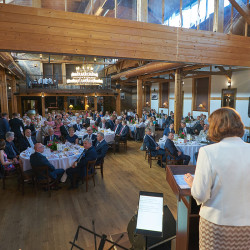 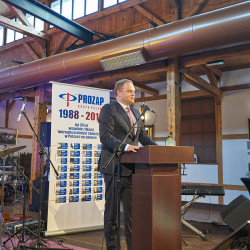 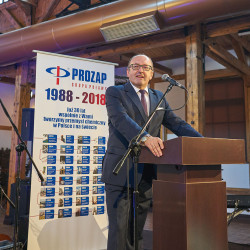 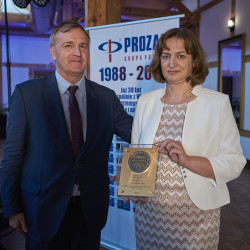 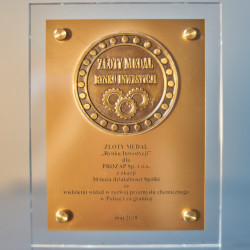 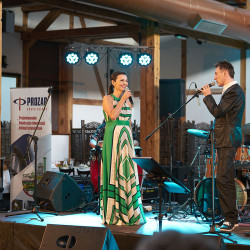